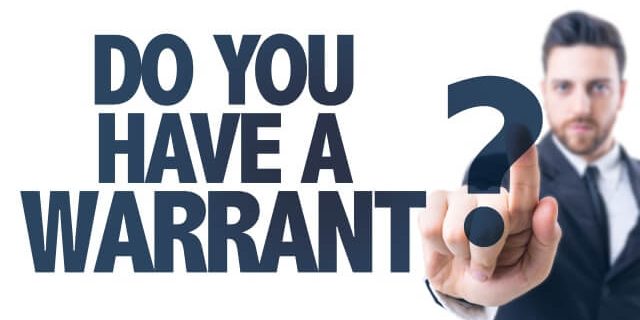 In general, a warrant is legal permission for law enforcement to carry out an action as it relates to serving justice. Statute of limitations on most warrants come with their own stipulations and constraints. Each warrant serves a specific purpose; some have a limited time they can be carried out and thereby expire. But, there are some warrant that have no statute of limitations.

There are several types of warrants that can be issued, each having their own statute of limitations.

Arrest warrants are warrants allowing the police to detain a person of interest they believe is connected to a crime. Arrest warrants can be resolved by posting bail to the court. If you are hoping to evade this type of warrant until it expires, don’t bother. Arrest warrants don’t expire. There are certain situations in which an arrest warrant is voided, however it isn’t dependent on warrant itself.

Do Bench Warrants Have a Statute of Limitations?

Bench warrants also have no expiration date. Most people discover old bench warrants in situations where they are vetted such as when they are hired for a job or when they are traveling internationally. An employer may fire you or ask that you resolve the matter if they discover the warrant before you do. Immigration will most likely detain you until the matter is resolved due to concerns of national security.

The most common situation old bench warrants are found, is during traffic stops, driver license renewals and nowadays, employment background searches. If trying to get a drivers license and you have an outstanding warrant; the DMV will see the warrant and ask that it be resolved before the license is renewed. The DMV clerk may also opt to contact the local police or sheriff to notify them about your warrant. There are also newer systems in larger cities where an alert is automatically sent to local law enforcement. You’re a blip on the radar and it’s important to note that warrants don’t expire because it would be easier to undermine the court’s authority.

As with employment searches on a potential employees background, these are typically done with every new hire. Most often, the candidate is asked to fetch a copy of their background at a neighboring police station. If the person has a warrant they will most likely be detained on that warrant right then and there. There are times when you might not even know you had a warrant.

Example: you park somewhere and get a ticket. The parking authority places the ticket on your windshield. Some jerk comes along and rips the ticket off your windshield and throws it away. Now, you had no idea you got a ticket and you continue on with your life. Months or even years later you get pulled over, apply for a government job, etc. You then find that you have a bench warrant on an unpaid parking fine. It happens. It happened to a friend of ours. While funny now, she was at the police station calling us in tears about it. She only had to pay a fine, although much heftier than the simple parking ticket would have been.

What’s a Ramey Warrant and Do They Expire?

Ramey warrants are a very special kind of arrest warrant. Like arrest warrants, it allows the police to detain a person of interest, but the process is sped up. For regular warrants, the police are required to submit evidence and probable cause to the local D.A (district attorney) before it is shown to a judge and a warrant is issued. Ramey warrants skip the D.A step and probable cause and evidence is shown directly to the judge. Ramey warrants time limit typically give law enforcement 90 days to carry it out before the warrant expires.

Search warrants are warrants that allow the police to enter a venue and look for a particular thing. Like arrest warrants, it requires probable cause and (sometimes) evidence. Depending on the state, a search warrant must be carried out between certain times of the day. For example, in California, law enforcement must carry out the warrant between 7 a.m. and 10 p.m. The time limit in most states is 10 days, after which the warrant is voided, and another one needs to be obtained by the courts.

Lastly, the statute of limitations for an execution, or death warrant, is 60 days. After which, the person of interest typically awaits another execution order to be signed.

To close, if you think you need a criminal lawyer because you may have you have outstanding criminal warrants and the statute of limitations on your alleged crime have not passed; you have to know just how long criminal warrants last. Be sure to find a bail bondsman near you and a good criminal lawyer who will represent you and clear those warrants for you. Most bail bondsmen offer “walk through warrant” service. This means the bail bondsman will go with you to the jail and bail you out. This saves you a lot of time where you won’t have to sit behind bars waiting. Trust us when we say you don’t want to wait in jail any longer than you have to. Statue of limitation on warrants lasts until you clear them, so do so.