Arrest Warrants and How To Clear an Outstanding Warrant 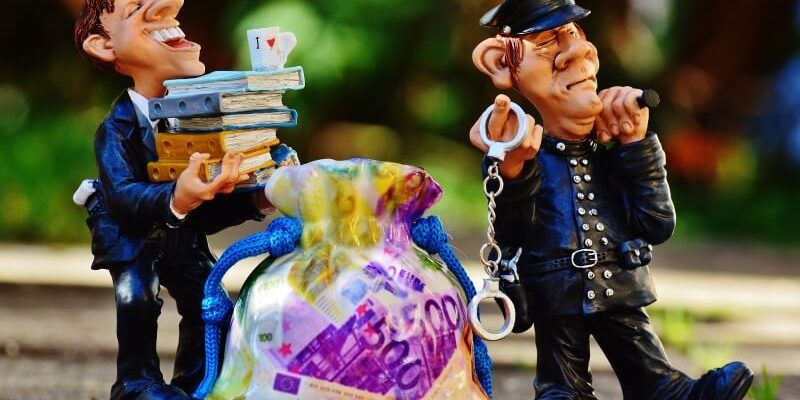 A Brief Look at Arrest Warrants

In general, arrest warrants are used by law enforcement to detain a person of interest that is believed to be connected to a crime. Arrest warrants document the person to be arrested, the crime they’re being charged with, and the person issuing the warrant. To obtain an arrest warrant, police have to get permission from a court. Permission is typically granted by a judge or prosecutor if there is enough probable cause.

Probable cause is evidence that can be used to incriminate the person of interest. Along with probable cause, officers need to provide evidence supporting it. For example, if you are being charged with theft, probable cause “could” be a past criminal record of theft. However, if police go to the district attorney with this reason, they’ll be told they need more than just a suspicion of why you may have done it. This is where evidence comes in.

Evidence can be as concrete as camera footage of you entering the establishment after closing around the time the theft was believed to occur, or as soft as your fingerprints being found at the crime scene. Be mindful however, that police can detain a person of interest without a warrant. This can occur if a police officer was in view of the crime when it took place.

There are several types of arrest warrants, but the commonly issued warrants are bench and arrest. Arrest warrants have to do with actual criminal activity such as a misdemeanor or felony. For count warrants, a bond is usually posted to resolve and clear the warrant.

Felony arrest warrants are more serious. In such a case one will want to hire a legal representative. Depending on the nature of the felony warrant, the warrant can be cleared after bond is posted. Seek legal consultation before taking any action.

A bench warrant is not intrinsically connected with crime; it simply means that a person fail to show up at a court appearance. Bench warrants can be issued with criminal connotations where the subject faces jail time, but this is in extreme scenarios such as criminal cases. Typically, this type of warrant will not merit any serious jail time, but you may be detained to ensure that you make your next court date. Please note however, that jail is not prison. You can avoid going to jail one of two ways: a lawyer can convince on your behalf if you have a very good reason for missing the court date; or by paying a bond.

Most people become aware of an arrest warrant when a background check is run on them. This can be when you are applying for or just starting out at a job, when dealing with immigration (if you are returning to the country), getting your drivers license or at a traffic stop. Police can arrest you at any time, in most places except for certain private establishments, such as your home. The severity is going to be whether the outstanding warrant is a misdemeanor or felony.

In the end, it’s best to handle such situations like outstanding warrants as soon as possible. If not, it can disrupt your life in painful ways, like being shoved to the pavement in a traffic stop and then placed under arrest inf front of your family or friends. The best way to get started is to hire a bail bondsman in your area.