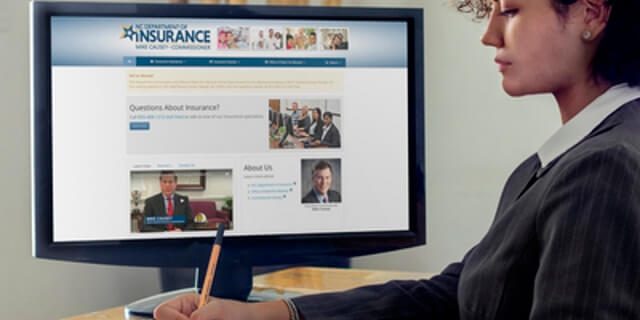 A North Carolina bail bond question came in the other day causing us to spend some additional time researching bail bond loans in NC. Luckily, a great Raleigh bondsman helped to get this worried mom the answer to her question… about potentially not owing additional money for bail.

So it appears her son was on bond but then began serving an active sentence. Both the mom (Brenda) and her son were paying the bondsman what appears to be a normal bond rate of 10%. But what we believe may have happened based on the bondsman’s request for less money had us confused, read the question here:

On 3/26/2017, my son had to begin serving an active sentence for obtaining property by false pretense. He was under a $35,000 bond. He was making payments to a bondsman for 10 percent of the bond (3500.00). I paid the bondsman $700 before my son was released from jail. When my son began serving his time, I called the bondsman the same day to let him know that my son was doing active time. I asked him if there was anything else that needed to be done concerning the money still owed. He said no. Now, he’s wanting $1500, but he said that he is willing to knock off $1000 if he gets paid $500.

It has always been my understanding that if someone was out on bond through a bondsman, that when they began their active sentence, that the bondsman went off of their bond and there was no more money owed. Is this how it is supposed to work? I’m very confused. Would you please try to explain to me what is going on?
— Worried Mom (Name Withheld)., North Carolina

We all know that a percentage of the total bond is typically owed prior to having a defendant released, regardless of the state or county. But often, some bondsmen offer to take payments for the bond. This helps bail someone out at a super low cost, but the full premium is still owed – just broken down into payments. In turn, this also puts the bondsman at risk of losing more money if the defendant skips. This question is not the case though. The defendant was then serving an active sentence and North Carolina has rules about payment of the remainder of the bond.

Mr Harvey suggests: “I think the bondsman wasn’t expecting the case to turn so fast. So he didn’t take enough money to pay the insurance premium. So it appears he’s offered the mother a deal so he can get the premium owed to zero. In my professional opinion, I don’t believe the bondsman has anything officially signed by the defendant or the mother (possibly co-signor??) so he’s trying to make a deal.”

Mr Harvey goes on to say, “If the defendant or mother (co-signor??) signed any document according to the North Carolina General Statue 589, Article 71, Section 167.1, then they are obligated to pay the bondsman the full amount owed. But.. since the bondsman is willing to take 1/3 of the money owed, it appears suspicious to me.”

THE MEMORANDUM OF AGREEMENT IS BETWEEN THE PRINCIPAL AND SURETY WHEN IN ANY CASE SOME PORTION OF THE BOND PREMIUM PAYMENTS ARE TO BE DEFERRED OR PAID AFTER THE DEFENDANT HAS BEEN RELEASED FROM CUSTODY PURSUANT TO NORTH CAROLINA GENERAL STATUTE 58, ARTICLE 71, SECTION 167.
1. AMOUNT OF BOND PREMIUM CHARGED = $__________
2. AMOUNT OF BOND PREMIUM DEFERRED = $__________
3. METHOD AND SCHEDULE OF PAYMENTS:
(A) Number of Monthly/Weekly/Daily Payments = __________ (Circle appropriate time period)
(B) Amount of Each Payment = $_____________
(C) Due Date of Each Payment = _____________
(D) TOTAL PAYMENTS = $_____________
DO NOT SIGN THIS MEMORANDUM OF AGREEMENT BEFORE YOU READ IT. UPON REQUEST, YOU ARE ENTITLED TO A COPY OF THIS AGREEMENT. ANY SUBSEQUENT MODIFICATIONS OF THIS AGREEMENT MUST BE IN WRITING, SIGNED, DATED, AND KEPT ON FILE BY THE SURETY, WITH A COPY PROVIDED TO THE PRINCIPLE, UPON REQUEST