What are Federal Bonds 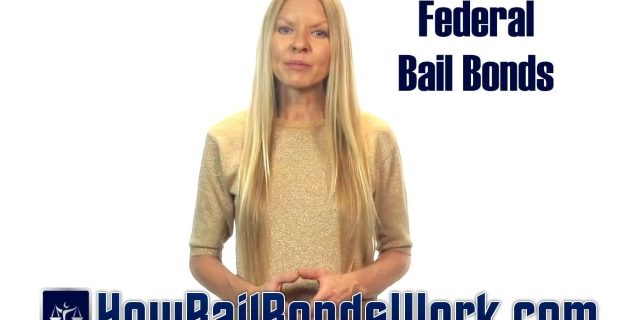 If you are arrested for a federal crime, then you will need a federal bond and bail bonds company that writes these types of bonds. These bail bonds are similar to those in other cases, except that federal courts set them. Your bonding company in the United States will charge a premium for issuing federal bail bonds just as they would for bonds from state and county courts.

Federal bonds are a form of financial surety that you will return to court for trial. There is no bond schedule for federal charges, so the judge has the sole discretion to determine the defendant’s bond amount. Once the premium is paid the bond company will complete the forms necessary to ensure the release of the defendant. The fee charged by the bonding company is non-refundable. One thing you must know is that bail in a federal case could take days or even weeks to secure.

Once the judge determines the amount of the bail bond, they will determine who qualifies to be a surety of the bond. In most cases, only financially stable people qualify to be sureties and must be employed with a steady income. Corporate surety bonds, or Federal bail bonds, are similar to state bail bonds. Insurance is purchased from a bail bond company and submitted to the court as a financial guarantee. However, unlike state cases, a Federal court surety bond guarantees that the defendant will appear in court and meet other conditions of the bail.

Conditions of release may include drug testing, travel restrictions, pretrial monitoring, and other restrictions. If the court discovers that the terms of the bail have been violated, then the court can demand immediate payment in full of the bond from the bail bond company. Since there is more added risk in federal cases, federal bail bond costs are often higher than state bail bonds.

Can any bail company write a federal bail bonds?

Federal courts are quite particular of how these bonds can be prepared. You should contact a professional bail bondsman to help with the bail paperwork required. In order to get your federal bond paperwork completed it may include property appraisal, title reports, and other documents. Court approval isn’t guaranteed, and your loved one could be held in court for longer if bonds aren’t correctly done. If you need help securing a federal bail bond contact a local bail bonds company that handles these types of bonds. Also understand not all bail companies write federal bonds.

Can you use personal property for a federal bail bond?

A federal judge may also allow personal property as collateral. The use of collateral is to ensure that the defendant doesn’t try to flee. The judge managing your case will determine what type of property is eligible. The property used as collateral must have at least the bail amount in equity. To determine equity, subtract any outstanding liens or money owed against the property from the current market value.

How much bail can I afford using my house?

As an example, if your home is appraised at $500,000, and you have a mortgage balance of $250,000 you would have equity of $250,000. If the bond is $300,000 you will need to come up with $50,000 to make up the difference. Or have other property that would be allowed to be included in the bond paperwork. Consult your professional bail bonds company for details on bonds and bond costs.

Video: What are Federal Bonds