How Does Bail Bonds Work in California

How bail bonds work in California starts with a defendant’s friend or family member contacting a bondsman near them. They will then they’ll pay the bail premium assigned by the court. Only then will the legal process of getting someone out of jail begin.

When using California bail bonds, you pay a bail bondsman 7% to 10% of the total bail amount (the premium). When you’ve paid the bondsman, they will deliver the bond to the court and secure the defendant’s release. Keep in mind that the premium paid to the bail company is non-refundable.

Paying the premium begins the contract between a bail bondsmen (or bail agency). When bail is set by the court, the California bail bonds company is an option used by the defendant to get released from jail before their trial begins.

There are three established methods in California for posting bail which includes the following: 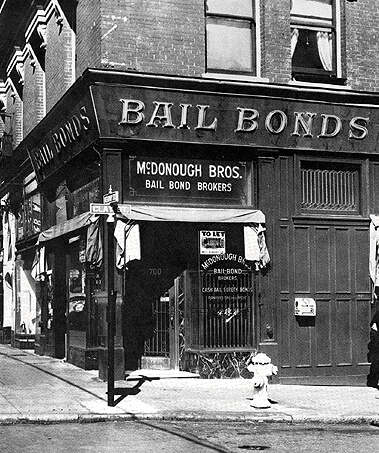 It’s said that bail bonds really began in San Francisco in 1898 with the McDonough Bros. Bail Bond Brokers. Located on the corner of Kearney and 700 Clay St; Peter McDonough and his brother Tom are said to have founded the first modern bail bonds business in the United States.

The bail bonds California system is very similar to that in other states in which the defendant pays the agency a pre-determined amount and in turn they post the entire bail to the court. The amount for the initial fee can be cash, but it also can be collateral, assets or securities as well.

This fee can come from the defendant, a family member or friend willing to co-sign the contract that is made.

Because the bail bonds agency is posting the bulk of the bail, they have a very strong incentive to see that the defendant makes it to their court date. If the defendant decides not to appear or “jumps bail”, the bail bond company can seize whatever collateral was used to secure the initial fee. Most companies will send a bounty hunter to track down the defendant and turn them over to the court.

Standard cost of a bail bond is 10% of the total amount of the bail set by the court. Most states, including California, have laws, rules and regulations as to what can be charged by the bondsmen.

There are certain cases where only 5% may be charged for particularly high bail amounts that usually range in the hundreds of thousands of dollars. There are also some bond companies who will take payments on the premium. When talking to a bondsman, ask about any discounts that could be applied. Some companies will allow premium discounts for:

Any additional charges or fees may come from the bail bonds company. Although such charges are generally small and many agencies tend to incorporate all of their fees within the 10% of the non-refundable fee. However, there may be fees for paperwork, bounty hunters or other expenses. These are part of the overall service provided to the defendant. Example: If the defendant skips court, it is up to you, the co-signor, to pay the bondsman 100% of the bond plus any fees associated with re-capturing the defendant.

If you’re a cosignor, it’s a good idea to sign a bail contract knowing that the defendant will never run leaving you to pay thousands of dollars in fees.

How does bail bonds work in California? The county court will set the defendant’s bail. A California bail bond company will post the bailbond for you as low as 8%. Co-signors guarantee the full bail amount will be paid to the bondsman if the defendant does not appear in court.

Need more information about how bail bonds work in California or need to find a California inmate? Visit the official website of the California Insurance Department laws which oversees the California bail bond agencies law in the state. You can also do a search for the bonding companies license to see if they are still actively licensed to write bond.