What You Need to Know About Bail Bond Financing 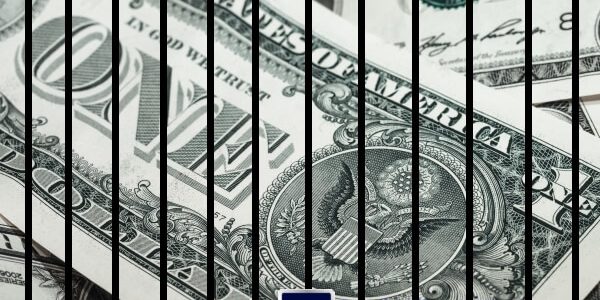 Need to know about bail bond financing but worried about credit.. or repayment? You don’t need credit to get bailed out through a bail bondsman. Most bond companies have payment plans to make the burden a bit easier. Getting a bail bond loan depends on the company writing the bond, and of course their surety rules as they look at your employment status, the type of crime committed, your credit rating and assets. If the dollar amount is high or the bondsman feels the agreement is risky; they may ask you to use one or more of your assets as collateral. Depending on these factors, they may give you the requested funds. Typically, a premium is required to complete the deal; this is usually 10% of the total amount your requesting.

Financing Methods and What About Bail Bond Financing?

There are several ways you can pay bail. If you have the money upfront (which most people do not), bail can be paid in cash or certified check at the court house or at times, the county jail where the defendant is being held. If you don’t have the money, you can get a personal loan from a bank or even a personal loan. In a few months when the case is over and you you receive your full refund (minus office expenses) from the courts, you can pay the loan off with little fees. However, if your credit isn’t good, this won’t be an option. The most common way to pay bail is through a bail bondsman at 10% or higher of the full bail fee. To determine bail you can use a bail bond finance calculator.

Regarding your assets, they are returned after the case is over and all finances have been settled, that’s one good thing to know about bail bond financing. If the defendant does not show up to their court date(s)s and flees (FTA = Fail To Appear) two things will happen:

In times like this, either local, county or state fugitive apprehension, U.S. Marshals or if a bail company, bounty hunters, are called to track down the defendant. If you used any assets as collateral, you may not get it back as policy regarding this depends on the courts or the bail company.

How to Avoid Paying Bail Altogether

Lastly, there is a way to avoid bail altogether. The first suggestion is lame, don’t do the crime… and we had to add that in there, honestly. But, if you want to know all about bail bond financing and not have to use it, you need to prove that you are not a flight risk. Bail is used as an attempt to bind a suspect to a legal entity until the court date. If you or your lawyer can prove that you’re not a flight risk (and your crime was not severe), the courts may allow you to go home until your court date. This is called an ROR, it means “Released on their own recognizance”.

Get Out of Jail Free, with no bail loan? How is that Possible?

As mentioned above, it’s an ROR bond. To verify an ROR bond you need to sign a document provided by a courthouse. Situations that increase the chance of an ROR bond being granted to you could be that YOU:

If you’re unsure about bail bond financing or bail bond loans and what to look for in a surety company or bail bondsman and want to avoid shady business practices contact a bondsman via our directory. There are too many stories of bad bondsman taking advantage of the people in their time of need. To ensure you’re doing business with a legitimate company, look for them on the Better Business Bureau. The best way, however, is to check with the county jail, local police stations or court house. You can also ask around, even view yelp or Google listing reviews.