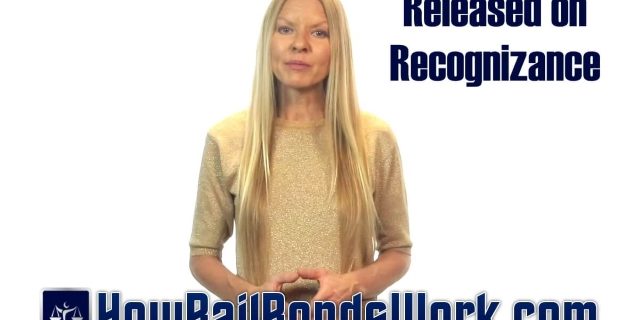 Majority of defendants should be entitled to Released on Recognizance bonds (ROR) because they are presumed to be innocent until proven guilty. Although, the arrestee’s right to an ROR bond is forfeited if there is overwhelming evidence to support that the person is a danger to the community and/or a flight risk. So how does a person get released on their own recognizance. Here’s how…

What is an ROR bond

Firs, you need to know and understand what it means to be released on recognizance. What is an ROR bond or Released on Recognizance bond? It’s a promise from the defendant that they will appear for all scheduled court appearances without posting bail This term is referred to as an “ROR” bond and “Release on Recognizance”. In order to determine a defendant’s eligibility for an ROR bond, a court administrator or judge will look at the severity of the crime, defendants criminal history and interview the defendant while in custody. Typically, this type of bond is issued to a defendant who can be trusted not to flee and has no prior criminal record.

How to Get out of jail using the ROR bond method

When you’re asking about an ROR bond (released on recognizance bond), you first need to know if you’re even eligible. In order to get an ROR bond, you need to show that you have ties to the community (student, business owner, homeowner), prove you have a job you need to be at (especially if you’re a front line worker), have family that will watch out for you, have a place to stay. Lastly, the crime you’re charged with should not include acts of violence or anything to do with a weapon.

Some states without bail use pretrial officers to determine ROR eligibility

In states like Oregon and Kentucky, the defendant once processed at the jail will meet with a “pretrial officer.” Pretrial Services operates seven days a week twenty-four hours a day. Pretrial officers will conduct an interview with the arrestee typically within 24 of arrest. As a part of the interview, pretrial officers screen the arrestee for alcohol abuse, intoxicating drug abuse and mental health issues. The pretrial officer conducts a thorough criminal history check. Once the interview is complete, the pretrial officer prepares a risk assessment. This determines flight risk, anticipated criminal conduct, risk to the community. The assessment will determine if the arrestee is a low, moderate, or high risk person. The assessment report is given to a district or circuit judge. This judge use the report to determine whether to set cash bond or offers the defendant an Release on Own Recognizance (ROR) bond.

Video: What is Released on Recognizance or an ROR Bond?

Defendants who can be trusted receive an ROR Bond

An ROR bond is the defendant’s promise that they will appear for all scheduled court appearances. This is a defendant that can be trusted not to run off.