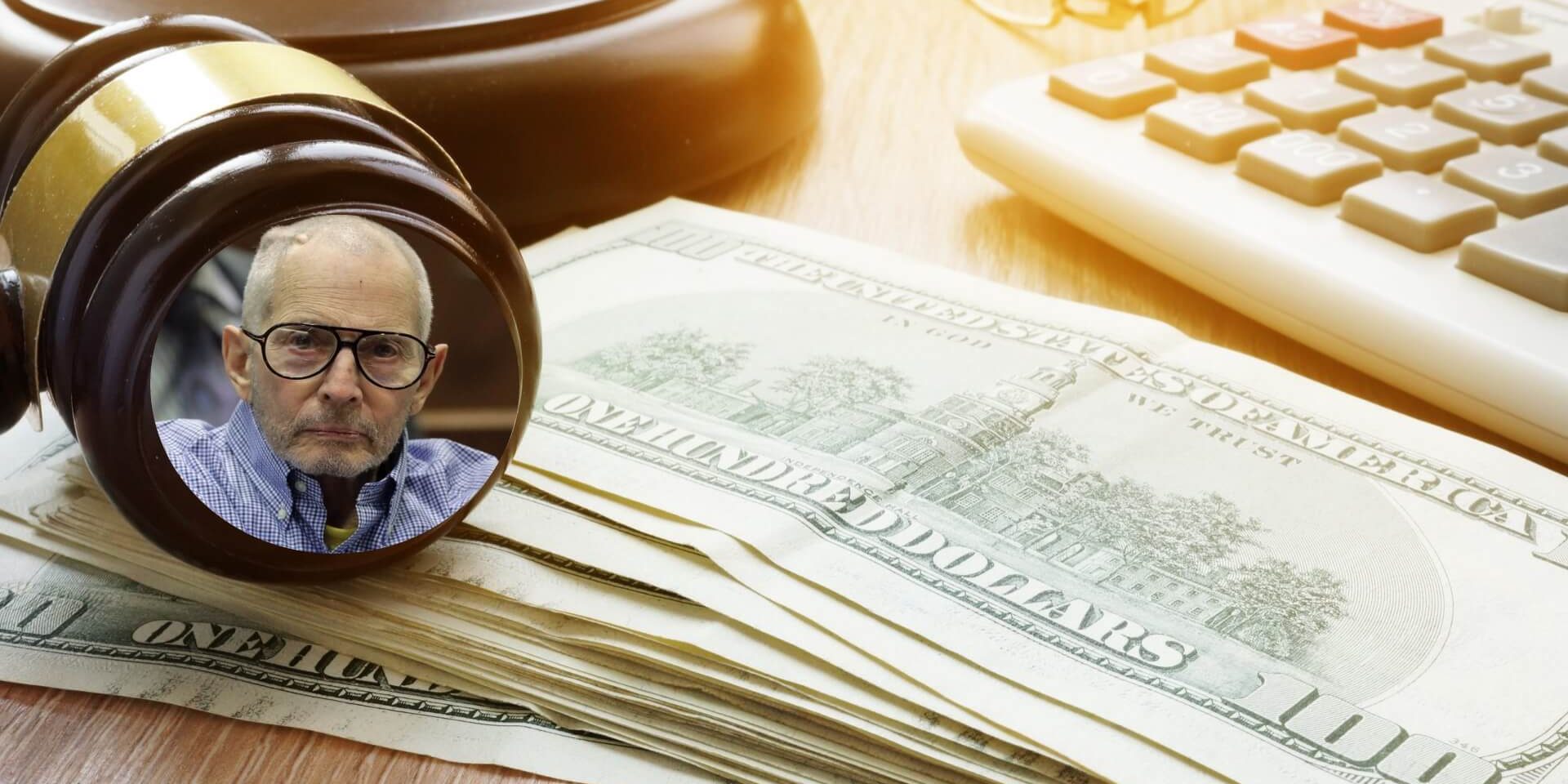 We all know that crime doesn’t pay, but you will have to pay for committing crime, when caught. When someone is accused of a crime, their friends or family members will help them out by posting bail. It’s safe to say that bail can vary widely in amount, depending on the alleged crime committed. Showing that there are differences in bail amounts, here are the top 10 most expensive bail bonds ever posted.

The most expensive bail ever posted was for Robert Durst at $3,000,000,000 ($3 Billion U.S.). Initially, Durst’s bail was $1 billion, but was later charged with evidence tampering and was ordered to pay an additional $2billion. We’ve compiled a list of the top 10 most expensive bail bonds ever posted. From multi-million dollar bonds to those that cover some of the world’s most famous faces, these are the bonds that made headlines.

Bail is basically a way for the court to make sure that the accused person will show up for their trial. If they don’t show up, then they forfeit the bail money and can be arrested.

The most expensive bail ever posted

What is the highest bail ever set? The most expensive bail ever posted was $3 billion by Robert Durst. Another famous bail amount was for Jeffrey Epstein at $100 million. Here’s the top 10 bail bonds posted:

Bail: what it is and how it works

First, you have to know what a bail bond is. Simply put, bail is money or property that an accused person gives to the court to ensure that they will return for their trial. If the accused person does not return, they forfeit the bail and may be subject to arrest.

Bail is intended to ensure that a defendant attends their court proceedings, abide by court orders, but also meant to protect the public by ensuring that those who are released on bail do not pose a danger to society. The pros and cons of expensive bail for defendants? Pros are that the bail fits the crime, in that a dangerous person will receive a very expensive bail bond or no bail at all. The cons of expensive bail is that a defendant may have their 8th amendment rights violated, where the bail amount is too excessive for the alleged crime committed.

The amount of bail is set by a judge and is based on a number of factors, including the severity of the crime, the risk of flight, and the risk of re-offending. Bail can range from a few hundred dollars to millions, even billions of dollars.

In some cases, particularly where the accused is deemed to be a flight risk or a danger to society, bail may be denied altogether.

How bail is determined

The amount of bail is generally determined by a judge or magistrate, and is usually based on several factors, including the severity of the crime, the likelihood of the defendant fleeing, and the danger the defendant poses to the community. 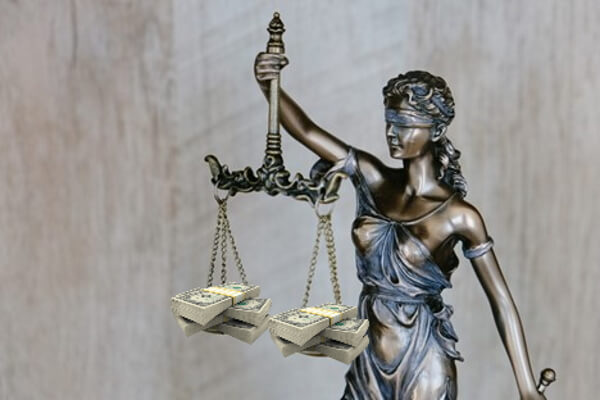 In some cases, bail may be set at an amount that is beyond the means of the defendant or their family, which can effectively result in pretrial detention. In these cases, defendants may seek help from a bail bondsman, who will post bail on their behalf in exchange for a fee.

Why bail is necessary

While some may view bail as an unnecessary expense, the reality is that it plays an important role in our justice system. Bail is essentially a deposit that is paid to the court in order to secure the release of a defendant from custody. The amount of bail is typically based on the severity of the offense, the risk of flight, and the applicant’s criminal history.

Bail is important because it helps to ensure that defendants will return for their court date. It also allows defendants to remain free while they await trial, which can help them to better prepare their defense. In some cases, bail can also be used to ensure that a defendant does not pose a danger to the community.

While the cost of bail can be significant, it is important to remember that it is refundable if the defendant appears for their court date. In addition, there are often options for payment plans or bail bonds, which can make posting bail more affordable.

The history of bail bonds

Bail is money or some other form of security that is given to a court to ensure that a person accused of a crime will return for their trial. If the accused does not return, then the bail is forfeited and the court may issue a warrant for their arrest.

Bail can be posted in several ways. The first is by paying the full amount of bail set by the court in cash. The second is by posting a bond, which is essentially a loan that must be repaid with interest if the accused fails to return for their trial. The third way to post bail is through the use of collateral, which is property that can be seized by the court if the accused does not return for their trial.

The history of bail dates back to medieval England, where it was used as a way to ensure that people accused of crimes would show up for their trials. Bail was typically only available to those who could afford it, and many people were unable to make bail and were forced to remain in jail until their trial date. This often led to people being incarcerated for months or even years while waiting for their day in court.

In modern times, bail is still used as a way to ensure that those accused of crimes will appear for their trial. However, there have been many reforms implemented over the years that have made bail more accessible to those who cannot afford it. Additionally, many jurisdictions now allow for alternative forms of bail such as electronic monitoring or home detention.

Bail reform is a controversial topic in the United States. Most people believe that bail is necessary to ensure that defendants show up for their court dates, while others believe that bail is unfair because it disproportionately affects low-income defendants who cannot afford to post bail. But all or most agree that when it comes to bail, defendants have rights.

There have been a few high-profile cases of extremely expensive bail being posted, such as the $30 million bail that was posted for rapper Tekashi69 in 2018. However, it is difficult to say definitively whether this is the most expensive bail ever posted, as bail amounts are often not made public.

The future of expensive bail bonds

Recent suicides of two high-profile bail jumpers has brought new scrutiny to the most expensive bail bonds system in the world. In the wake of these tragedies, some lawmakers are calling for changes to the way bail is awarded and posted. Although meant to help those with lesser crimes be have bail on their own recognizance, many cities are seeing this backfire (bail reform); as people are begin let of of jail only to reoffend.

Currently, there is no limit to how high a bail can be set. This means that, in theory, a person could be required to post bail in an amount that is impossible for them to pay. In practice, however, judges usually set bail at a level that they believe the defendant can reasonably afford.

There are a variety of factors that a judge will consider when setting bail, including the severity of the crime, the defendant’s criminal history, and whether they pose a flight risk. If the judge believes that the defendant is likely to flee or pose a danger to the community, they may set a higher bail amount.

Some experts believe that too many people are being held in jail simply because they cannot afford to post bail. They argue that this creates an unfair two-tiered system in which people who can afford to pay bail are able to go free while those who cannot are forced to stay behind bars. The other argument is that if you don’t commit a crime, you wouldn’t need to post a bond.

Others argue that changing the way bail is awarded would be costly and would not necessarily lead to fewer people being held in jail. They point out that judges already have the discretion to release defendants on their own recognizance if they believe they will show up for their court date.

The bail reform debate over bail is likely to continue in the coming months as lawmakers consider whether changes need to be made to this centuries-old system.

Bail is often used as a plot device in fiction, both to move the story forward and to create suspense, especially when it comes to the most expensive bail bonds a writer can dream up. In real life, bail is usually set at a reasonable amount based on the crime committed and the defendant’s personal circumstances. But in movies and TV, anything can happen.

While these examples are fictional, they do give us an idea of how much bail can be in pop culture.